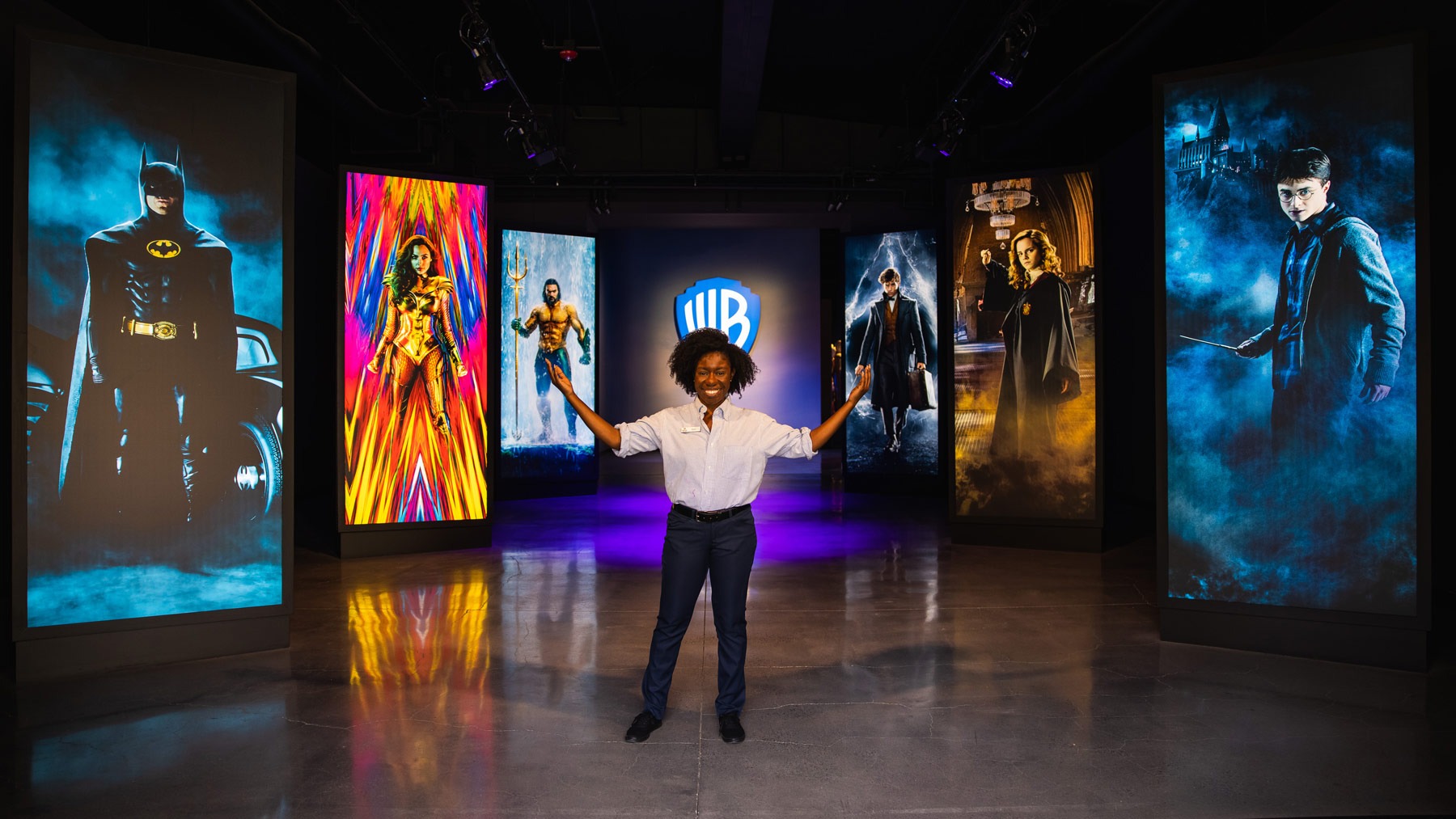 New and Expanded Features Include:

(Burbank, CA – June 3, 2021) –Warner Bros. Studio Tour Hollywood (WBSTH) is excited to welcome back guests on June 26, revealing new experiences that get fans closer to the entertainment they love. Upon arrival, guests will be greeted at the new Welcome Center, their gateway to Hollywood, with all-new ways to go behind the lens of movie-making magic. Already a Trip Advisor Traveler’s Choice award recipient, the studio tour in Los Angeles is now more fun with the “Storytelling Showcase,” and a new interactive grand finale, “Action and Magic Made Here.” The incredible new Studio Store provides fans access to exclusive merchandise from their favorite film and TV titles.

“Entertainment is about connecting with fans and we are thrilled to welcome guests back to the tour after a more than 15-month hiatus” said Danny Kahn VP and General Manager. “Our new experiences will take guests on a journey through our history, how we bring stories to life and celebrate the DC Universe and Wizarding World.”.

Upon arrival, guests enter the “Storytelling Showcase” and discover the world of Warner Bros.,  examining the breadth of the studio’s film, TV and animation titles, as well as the technological innovations from its cinema chain origins in 1923 through its nearly 100-year journey to become one of the biggest entertainment companies in the world. Guests can even take a selfie with a replica of the iconic water tower as they walk along an aerial view of the sprawling studio lot.

After guests tour the lot with one of our expert tour guides, they will arrive at Stage 48: Script to Screen, the Studio Tour’s interactive sound stage where they can immerse themselves in the technology and methods of production, revel in the Central Perk set from Friends and Sheldon’s apartment set from The Big Bang Theory before dining at our very own Central Perk Café. From Stage 48, guests will head to our “Action and Magic Made Here” grand finale, where they’ll experience the universe of DC Super Heroes and Super-Villains and step behind-the-scenes of Harry Potter and Fantastic Beasts with all new interactive experiences, props, costumes and memorable photo opportunities.

DC fans will enter Batman’s secret lair and explore the all-new Batcave, where they can get up close to the authentic Batmobile from Tim Burton’s original Batman, the Tumbler from The Dark Knight, and the Batwing from Batman v. Superman. Memorable photo ops include the Lasso of Hestia from the hit sequel Wonder Woman 1984, Jared Leto’s Joker and Margot Robbie’s Harley Quinn costumes from Suicide Squad, Poison Ivy in front of the actual Arkham Asylum gates featured in Joel Schumacher’s Batman and Robin and so much more from Aquaman, Superman and Zack Snyder’s Justice League.

The journey continues as guests explore recreated sets from Harry Potter and Fantastic Beasts where fans can dabble in the art of potion-making, snap an unforgettable photo inside Harry’s cupboard under the stairs at 4 Privet Drive or be surrounded by Hogwarts acceptance letters at the Dursleys’ fireplace, test their wand choreography skills, and learn more about the magical creatures from Fantastic Beasts in Newt Scamander’s Shed of Magical Creatures. Our new Sorting Ceremony will dazzle fans in the Great Hall recreated set; be sure to download the Harry Potter Fan Club mobile app for an even more enchanting experience where fans can discover their official Hogwarts house before arriving. Just like magic, visitors will hear the Sorting Hat call out their true Hogwarts house when it’s placed above their heads.

Concluding the tour is an elegant display of iconic treasures from Warner Bros. most beloved films and TV shows in the “Celebration of Awards Season.” The exhibit spotlights iconic crown jewel props and costumes from our classic films, such as the trombone that Robert Preston played in The Music Man, the jersey worn by the late Chadwick Boseman to portray Jackie Robinson in 42, and a painstakingly detailed miniature blimp from Ridley Scott’s Blade Runner.

The Welcome Center will house a brand-new Warner Bros Studio Store that will be accessible to the general public.  The studio store offers the only in-person shopping experience with exclusive merchandise from legendary Warner Bros. films and TV shows.  In the Personalization Area, fans can bring their fandom to life and choose from a host of personalization options, including engraving a wand, a replica award, and more. Later this year, guests will be able to access merchandise from the studio store online.

The Studio Tour is conveniently located near public transportation and will offer ample covered parking for guests and tour buses with designated drop-off and pick-up areas for rideshare services.

Upon reopening, the Studio Tour will be open on weekends, from June 26 through July 11, with the Tour also being open on July 5. From July 15, the Studio Tour will operate 5 days a week and remain closed on Tuesdays and Wednesdays. Tours will depart from 9:00 AM to 3:00 PM with departures every 30 minutes. Tickets are available online for $69 for adults (ages 11 and up) and $59 for children ages 5 to 10 at wbstudiotour.com (advanced reservations will be required). Additionally, Southern California residents are eligible for a special rate of $57 on weekdays only, through September 30, 2021.

COVID-19 Safety Protocols: The Studio Tour follows all City, State and Federal health guidelines in addition to internal mandates to ensure the health and safety of our guests, employees and production partners. 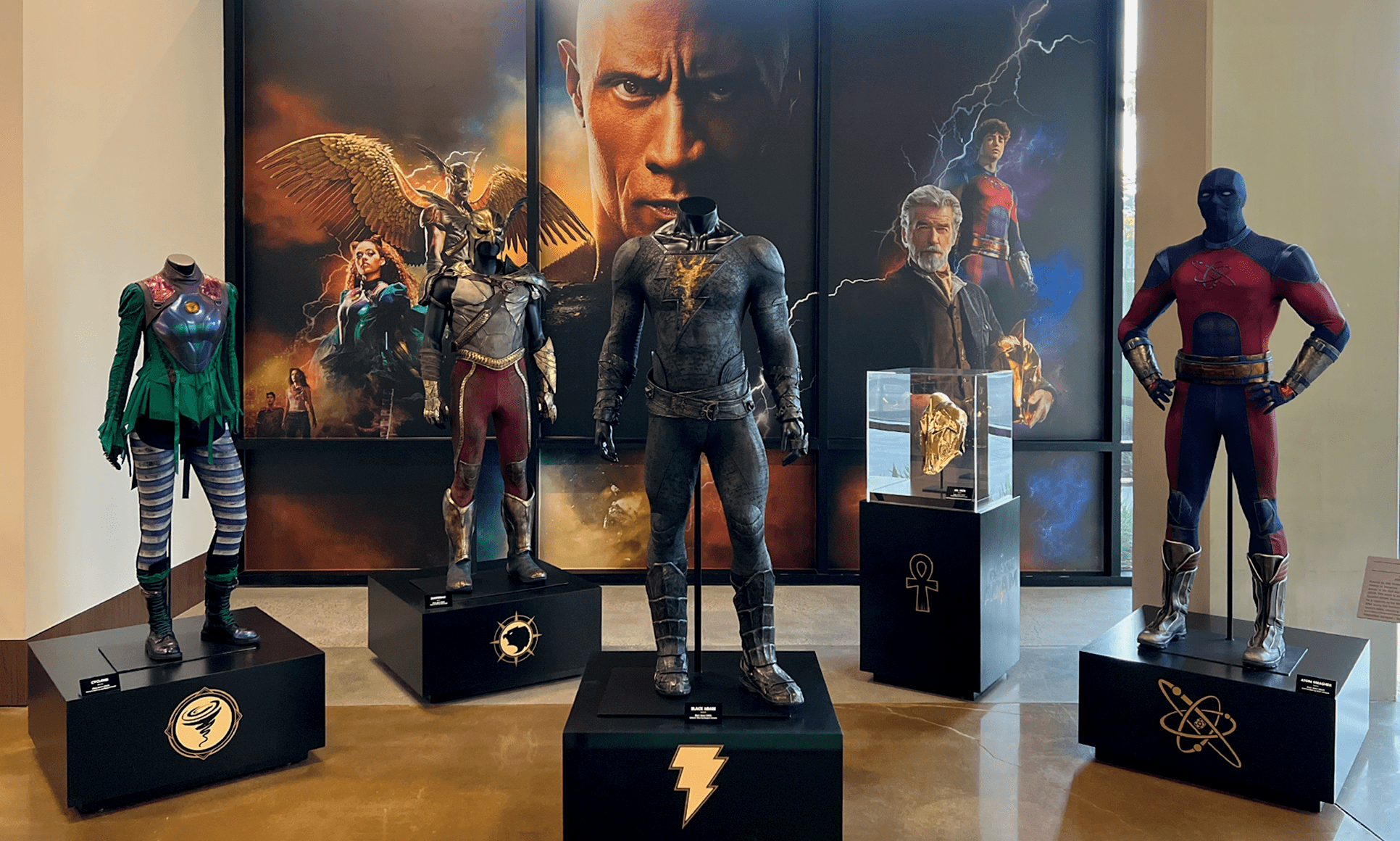